I recently moved to a new development workstation at home, still using Windows 10 but it was a fresh install. All of the previously installed dependencies were gone, including Ruby & Jekyll for which this site is built.

I tried installing Ruby from the official binaries but kept running into dependency errors when trying to serve the site locally, I couldn’t figure it out, so I decided to see if I could get it working using the Linux Subsystem for Windows, TL;DR it worked perfectly, but wanted to share how I went about setting it up.

First you’re going to need to enable Microsoft Windows Subsystem Linux, you can do this with one command from Powershell

Your computer will reboot and once it has started again, you are going to need to head to the Microsoft Store and install a Linux distribution of your choice 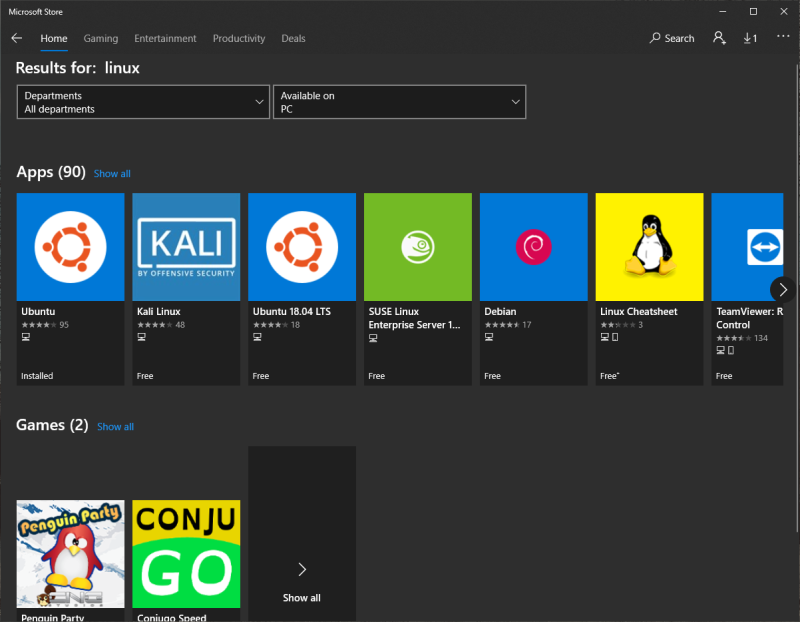 I went with Ubuntu!

You can check to see if Jekyll is installed by running

From the bash session you have open in the command prompt, next I need to get to the files that were stored on my local computer for which I use to build the site, to do that you can use the following command

This is going to change the directory to V:\development\Web Developments\CodeNameOwl, I then tried to serve the site and ran into an issue where some dependencies were missing, running;

will install only the dependencies that are referenced in the GemFile also as I have my files on the local file system when you come to serve the site locally you have to run that command as sudo like so;

If you don’t do this, you will be met with issues relating to permissions, if you are still running into issues after running that serve command